Have you ever wondered what you would look like if you were a miniature clay sculpture that had been shaped based on your actual appearance? thanks to Cari, I don’t have to wonder that any more.

I recently had one of those things happen where someone asks you to take an ugly portrait of them every week for a year and then after the year was over I got a toy car in a white elephant gift exchange and then happened upon the person whose portrait I had been taking for a year making figurines out of clay at work and, with all the portriats I had taken of her on my mind, I asked her to make a version of me to go along with my new toy car. And behold: 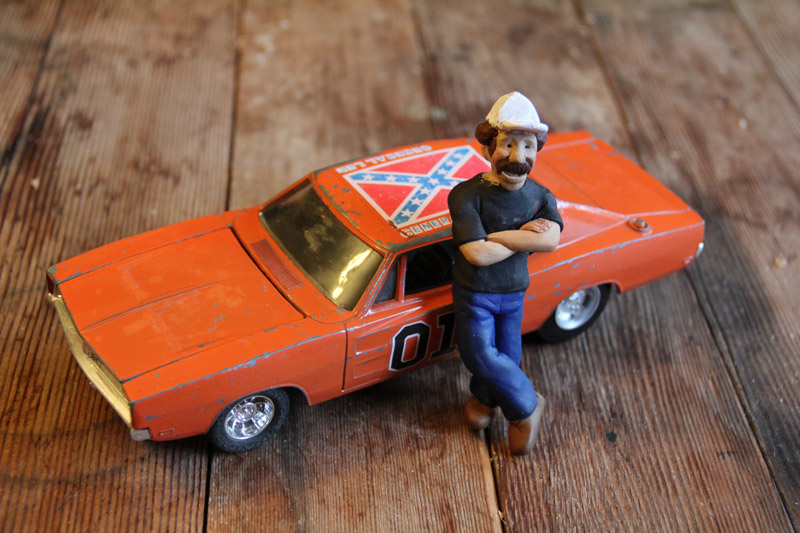 That’s me all right! Look at that moustache, and that white hat! And the laid-back attitude I sometimes have. Also notice the shallow depth of field in this shot, which is thanks to my new camera. I don’t see myself getting tired of really shortening that depth of field for a while.

Here’s another picture of the same scenario. 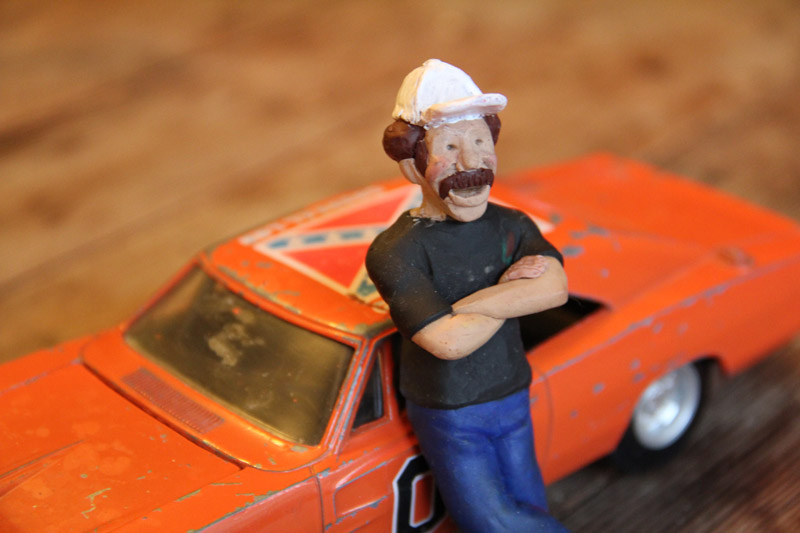 Toys are good for pretending with and if you want to for a second you can pretend that the above miniature version of me is standing on the street, checking out the rainbow above Pambiche. (see below) 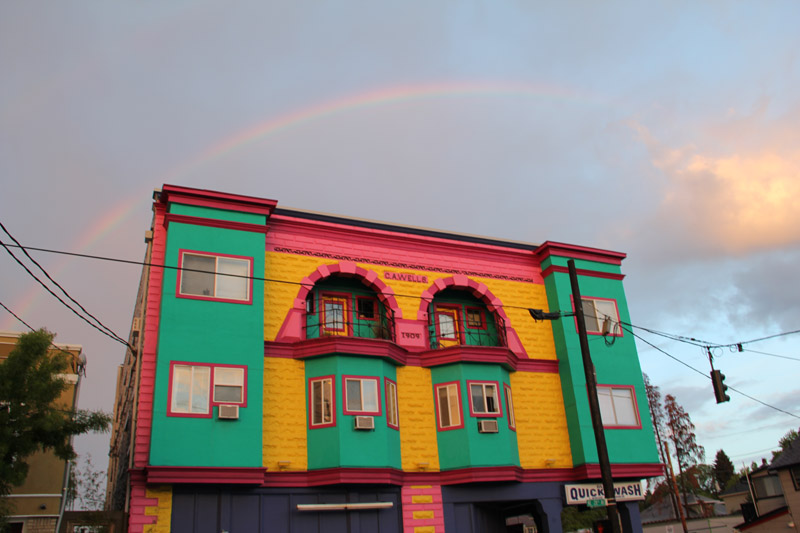