* nb this is a laser trap for catching mice, not a normal trap for catching laser mice.
When a mouse started traipsing through our kitchen at night, action needed to be taken. Swift, decisive, humane action. That is why I built this laser triggered mouse trap. 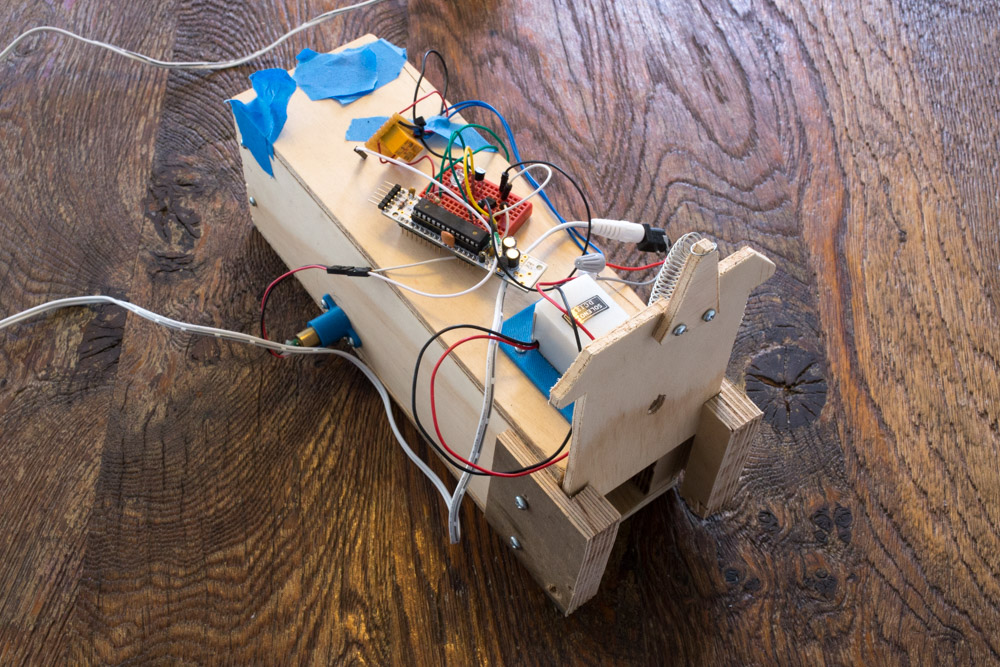 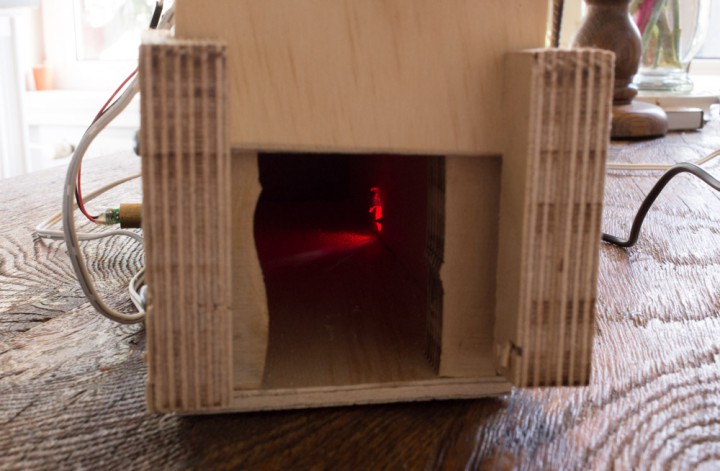 Here is a shot through the front door. You can see the laser beam hitting the opto-isolator. When the trap is live there will also be a chunk of nice chunk of oude kaas (old cheese) there at the back. When the greedy, cute little trespasser crosses the laser beam, the arduino flips a relay which triggers the solenoid and pulls the pin out of the door, slamming it closed.

The first deployment of the laser mouse trap was an almost immediate success. Within in an hour we heard it slam shut. We took the mouse out front to give it a chance to start a new life outside our apartment. The mouse ran immediately into the canal. Whether this was because of its choice to start its new life there, or out of simple confusion (who knows, maybe it had never been outside before) or it was just trying to be dramatic, we will never know, because it is not easy to communicate with mice. If it were easier, I would have just asked (or told, if necessary) the mouse to leave our house. That is the story of the laser mouse trap.