A new, more efficient method has been developed! Though untested, it is easy to see why hopes are so high. Unfortunately it brings about a graphic design quandry: 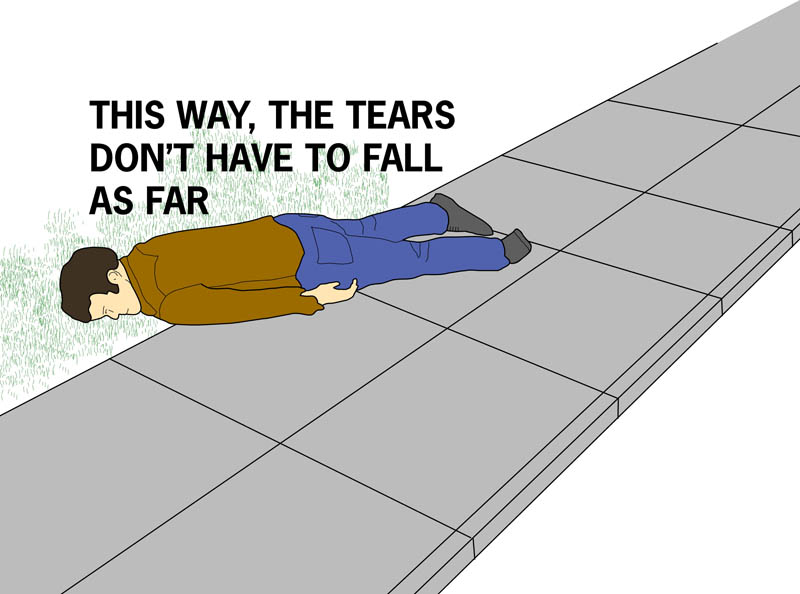 Matt had the good (or is it?) idea of adding some hopscotch markings to the sidewalk. I liked the thought of that so much that I did it: 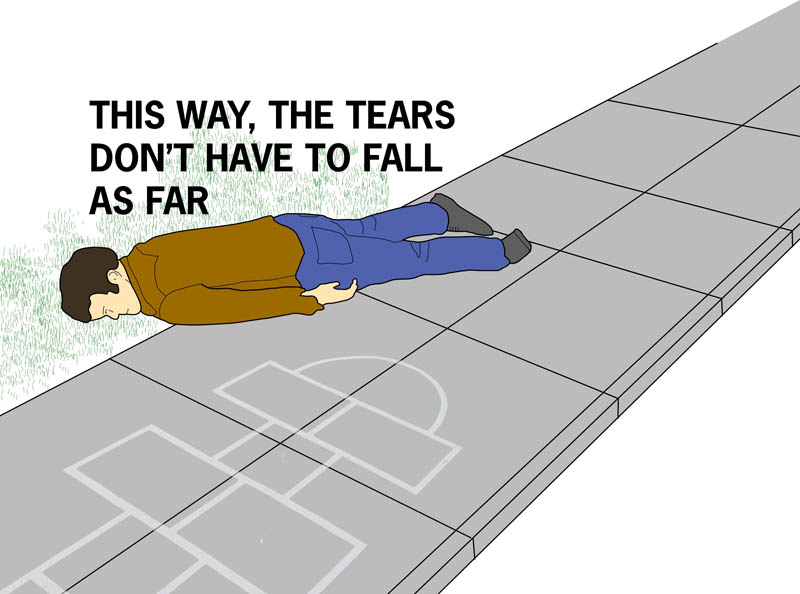 But then I thought, "are people going to think that the (now more efficiently cried) tears are being produced because of something that happened on that hopscotch court?" On the one hand, I like the way the hopscotch marks evoke something about childhood or youth or something and by doing that add a new layer of sadness to the image thus making it more funny. But on the other hand, I don’t want to pigeonhole this method as something designed for hopscotch tears. You get it.

So then I thought, "hey, maybe if I add something else, it would take some attention from the hopscotch and make it seem more just like some random illustrated scene in which there is crying than the aftermath of a hopscotch tragedy." So I added a fire hydrant: 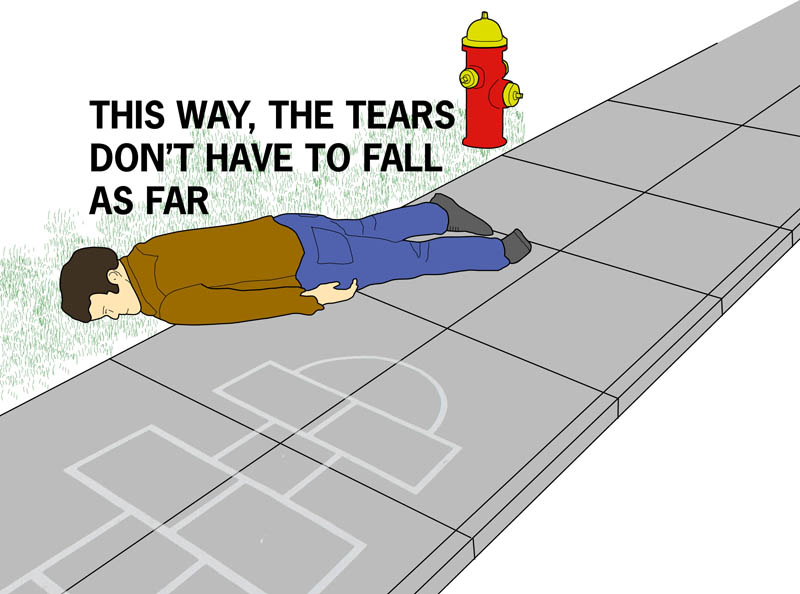 I kind of like the way the fire hydrant looks, but that might just be because it’s colorful. Overall, I think I might have been better off just sticking with the original one. The hopscotch adds something nice, but at the expense of attention that could be paid to the new crying method which is of course the point of the thing. The jokes about the sadness of hopscotch can be saved for something else.

What do you think?