I was going to just say something about these two pictures of a minivan I passed on my way to work one day. I was going to write about how, despite my love for vanning and my opinion that vanning is badass, that not all vans are badass. 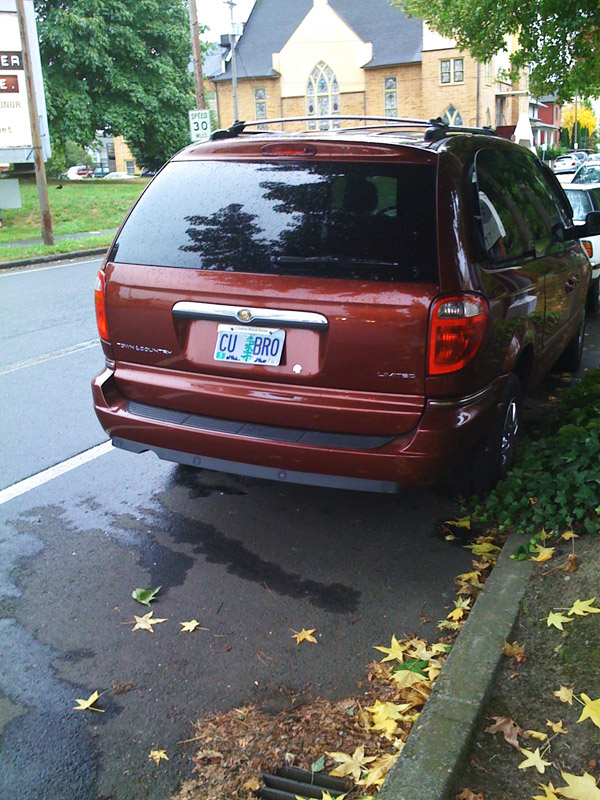 I was going to write how that van is not badass and furthermore could not be made badass by simply by putting on a macho custom licence plate. 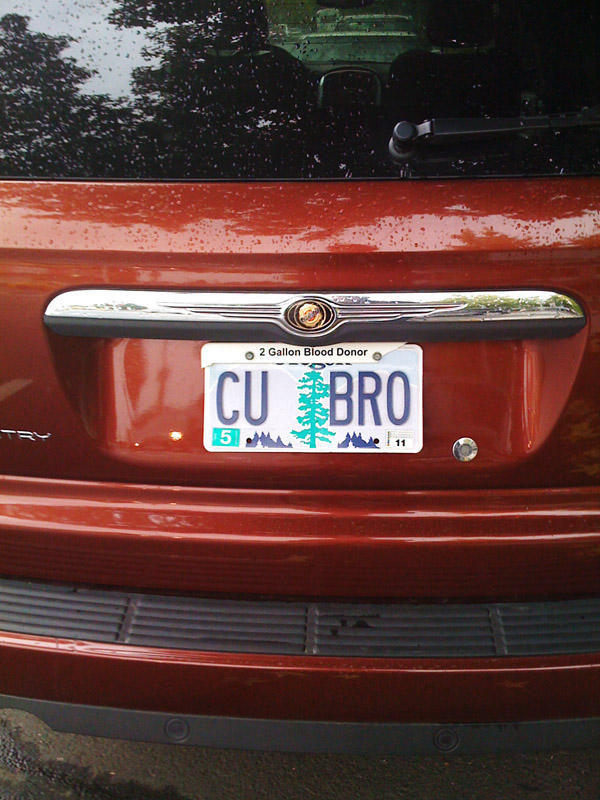 I was going to write about those things because I think they’re true. I don’t think that calling yourself a badass makes you a badass.

Then, I was going to draw the conclusion that custom licence plates cannot make something more badass. But then, even after I’d written all that, I remembered a licence plate my buddy Matt told me about. A licence plate that is badass. And, incredibly, increases the badassness of the vehicle it’s on. See below: 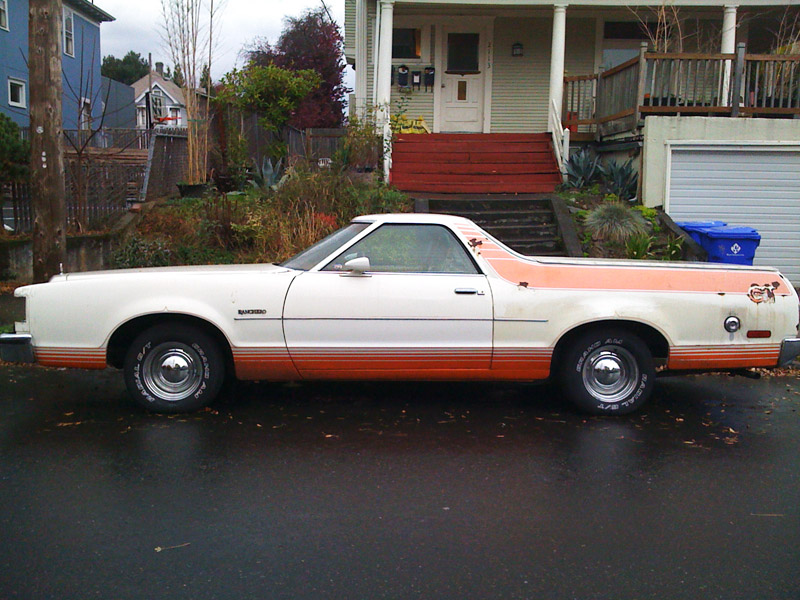 As you can see, the car by itself is pretty badass. That is the first difference betweeen this case and the CU BRO van above. 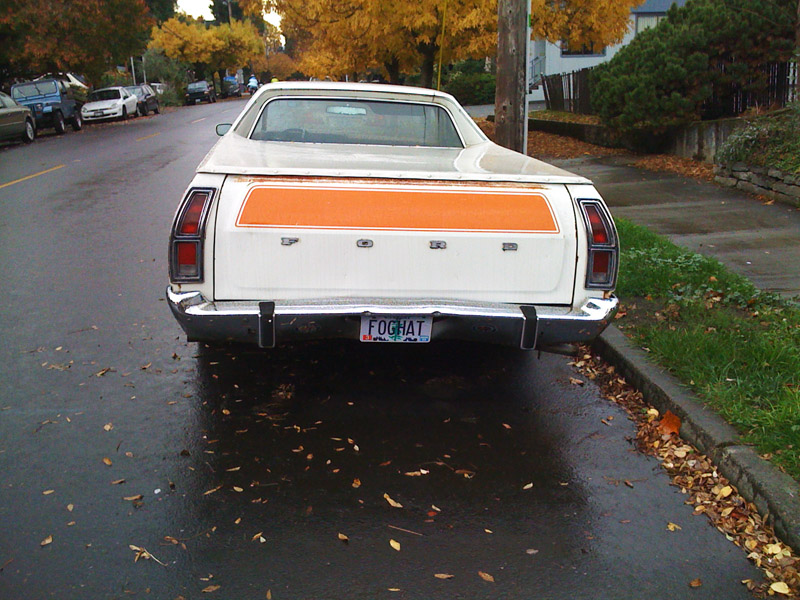 Holy shit, its licence plate says FOGHAT. That is both hilarious and badass. I’m amazed! 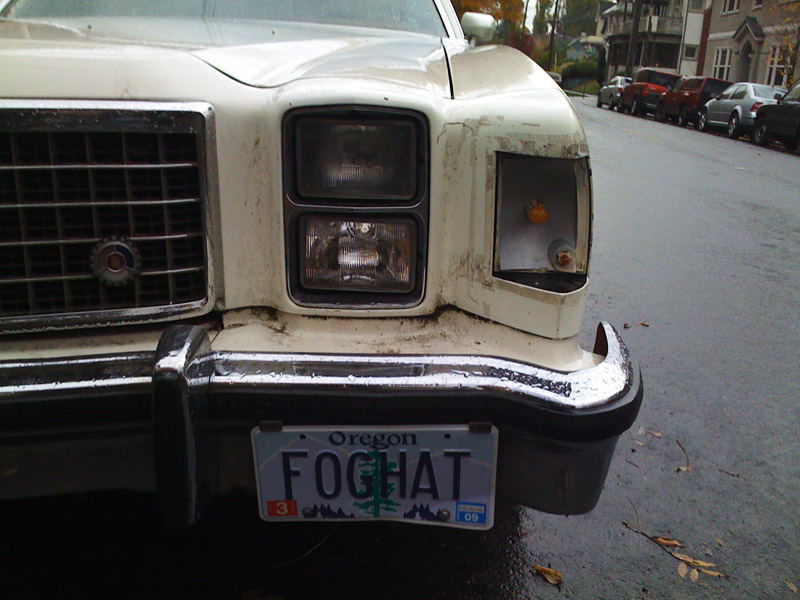 Same in the front, of course. But I’ll include this picture because looking at it is fun.

-contrary to a long held suspicion of mine, not all custom plates are stupid

-if you want something to have a quality (i.e. badassness) simply declaring that it has that quality will not give it that quality. people should learn that!

-declaring your fandom for something (i.e. FOGHAT) can tell people something about you (i.e. that you are likey somewhat funny/badass) more effectively than simply stating that you are. I suggest that it is more effective because the statement is likely to be dismissed.

-I don’t know if there is any way to make that minivan very badass. I guess there probably is.

-Taking two things that are similar but distinct and thinking about what is the same and what is different can lead to somewhat interesting places.

Let me know if you have thoughts on any of this or if you have ever seen a custom licence plate that is not stupid.