Some folks I work with had this awesome idea to make people angry by sending them boxes that start playing “Never Going To Give You U”p by Rick Astley. Closing the boxes would not shut them off, and they would be forced to smash it all to bits using the hammer that also came in the box. I was asked to build the circuit, and here’s a picture. 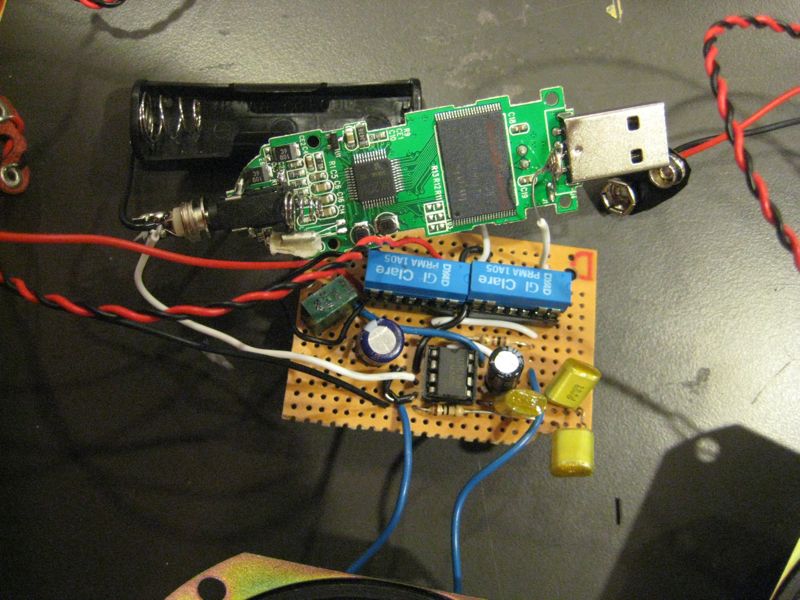 It is basically an mp3 player, an impressive little audio amplifier circuit and a couple switches that I wired so that once they were turned on, turning off the switch that turned them on wouldn’t turn them back off. 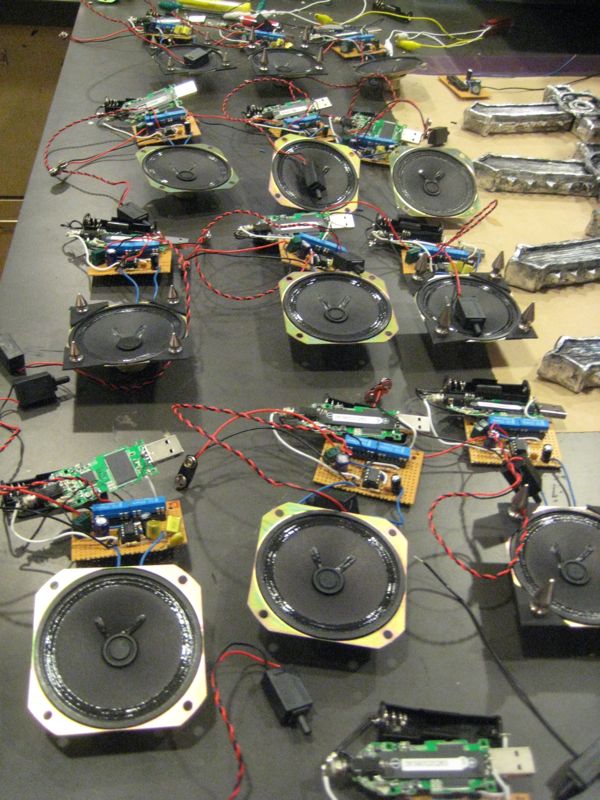 Soon after I’d built them all, we encased most of them in plastic to keep people from being able to clip the wires. It was a cool idea, but I didn’t know then that encasing AA batteries in plastic does something that makes them stop working. Learning that and trying to deal with it once most of the circuits had already been encased was very frustrating! I was able to save some of them but also had to completely rebuild quite a few at the last minute.

Here are some videos of two of the people who got the boxes in the mail. So far every one we’ve heard back about has worked!

this one shows the guy actually opening it:

It was enjoyable work and probably would have been even more fun if I hadn’t had to rebuild almost all of them after encasing them in plastic fucked them up. Turns out encasing a AA battery in plastic will make it not work. It will also make it really hard to replace.

This has to be the best worst thing to do to someone that I’ve seen in a long time. I have a friend that I’ve been thinking of rickrolling and I had considered using a light activated 20sec voice module…but this is much more devious. Any chance you could post a diagram of the circuit?