A while ago, I don’t remember how, I came across this video on youtube. It inspired me. Even if you’re skeptical you should watch it, it’s pretty short. 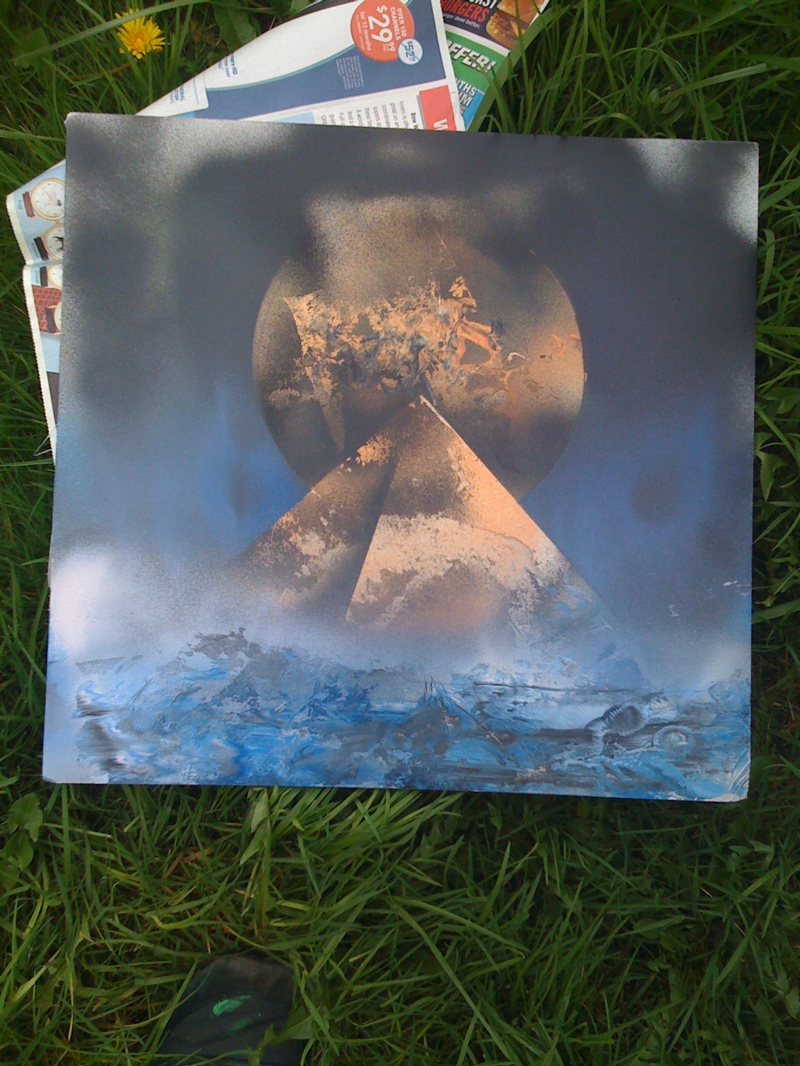 Not bad! To be honest, something about Space Paintings makes them look cooler in photos than in person (I wonder how cool the one in the video looks in person?!). Also, the space painting above took me about 6 minutes longer than the dude in the video took. But I was encouraged anyways. And I tried some more: 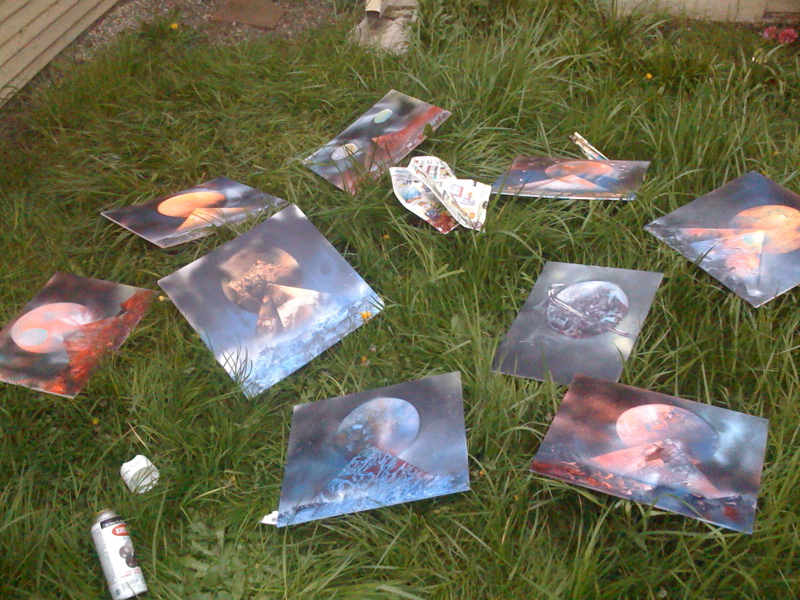 Some came out better than others. I learned something about color selection, and I learned (from another youtube) some tricks about making stars.


And then, the other week, I told Scrappers about the youtube video (the one above). He watched it and got fired up. Oh, and what luck! At his gallery this month there is going to be a space-themed art show! So he had the idea that we do a wall-sized space painting in there. Here’s the wall we used (it still had the stuff from the previous month’s show on it): 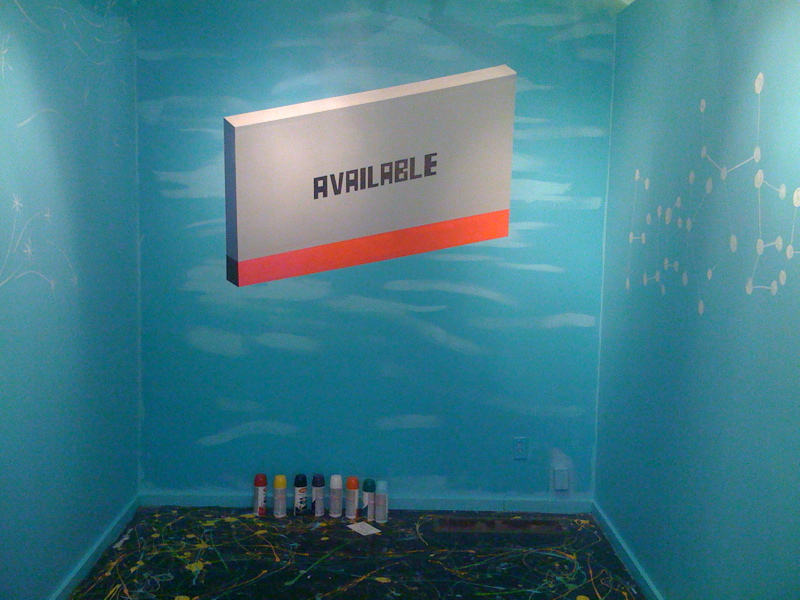 Here is the work in progress: 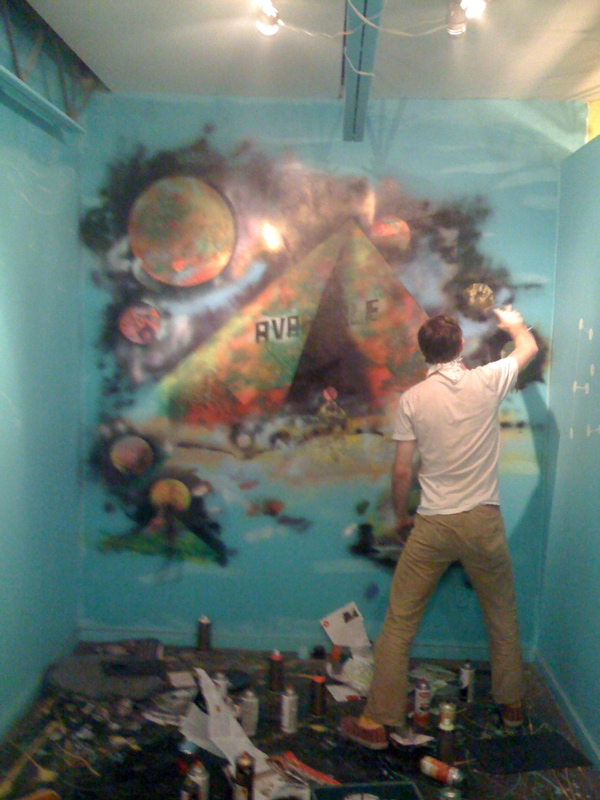 Right around that stage above we got a little discouraged. But we carried on. And filling in the edges really helped. 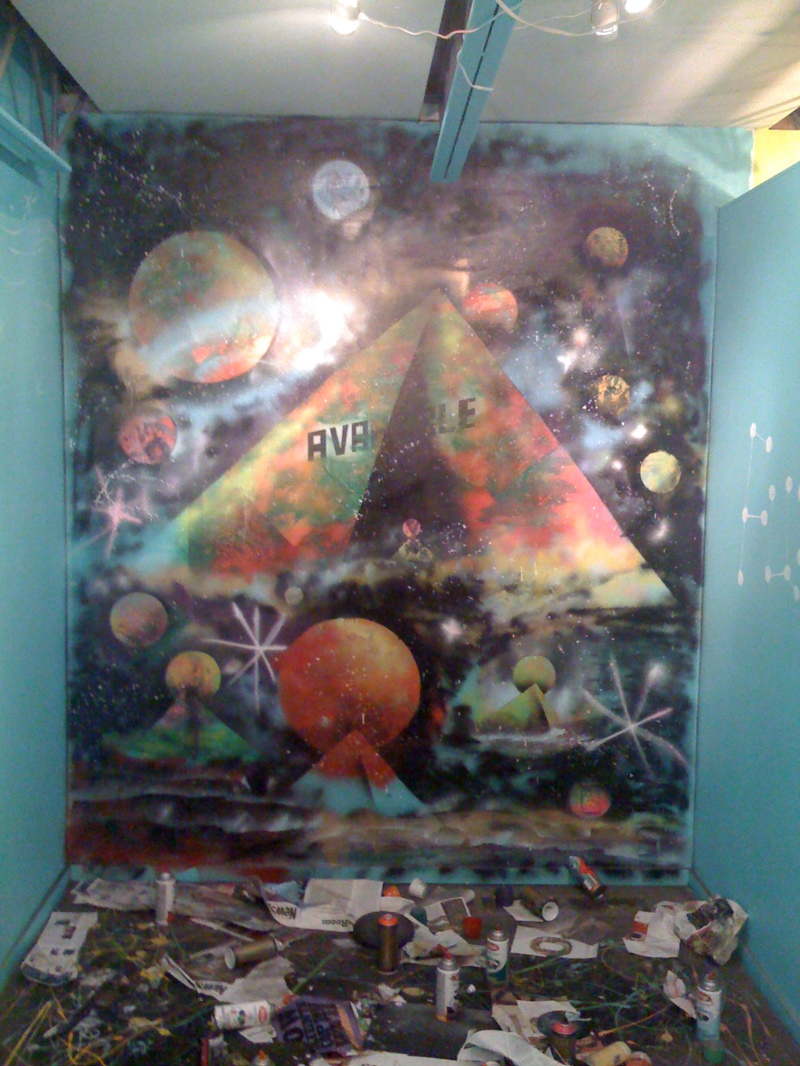 That’s better!!! The air in the place was hazy with the probably-not-too-healthy fumes from spray paint. I’m not going to call it done, because Scrappers was going to go back and add some more stuff. I’ll add another picture of the finished wall after the Space Opening on Friday, June 5 at the Grass Hut. Go see it in person then! Or any during the month after that.


Update!: Scrapper and Martin put the finishing touches on the mural!: 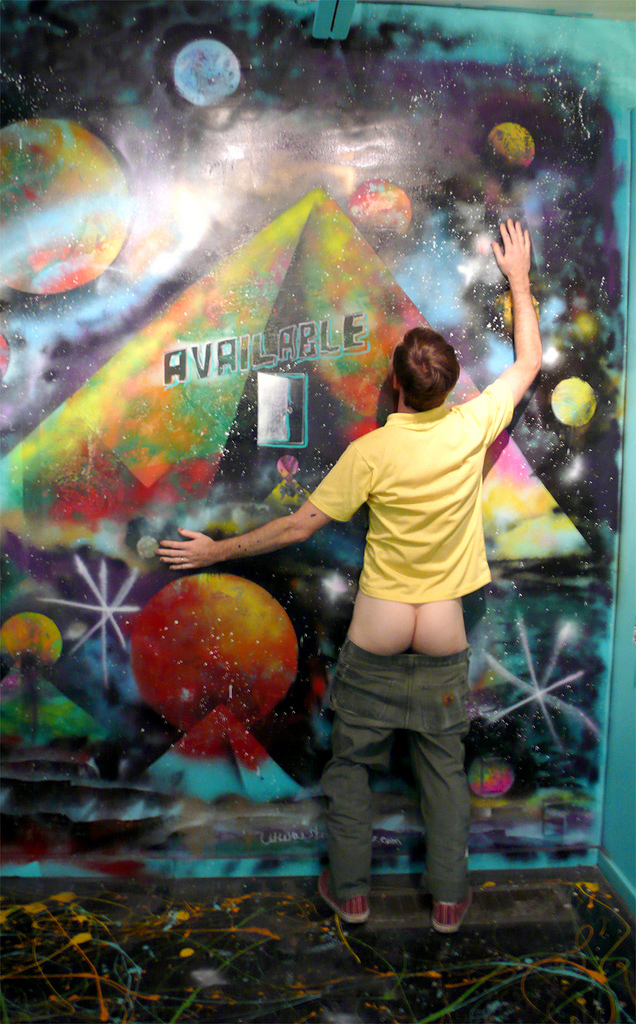 Now that big-size has been achieved, it will be interesting to try to figure out new things to do with Space Paintings. I’m confident there are other ways to push it that also won’t require very much skill.