Kelly, Frosty, Sarah and I heard it was going to rain in town over the weekend, so we drove to eastern Oregon, where we heard it wasn’t. It didn’t, and in addition to us having a nice time, some really important things happened. Let me break it down for you: 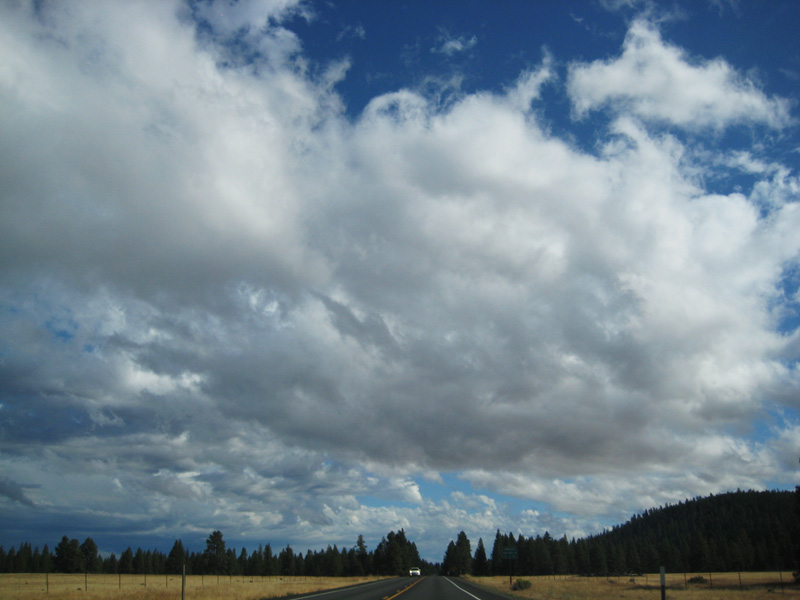 Here is where the camping happened 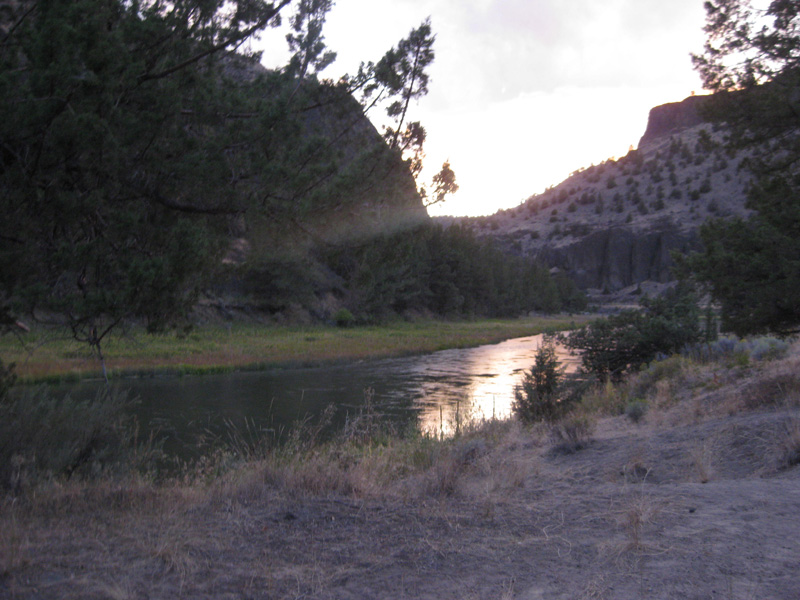 There was one meal on the trip that didn’t include bacon but overall the food was very good. 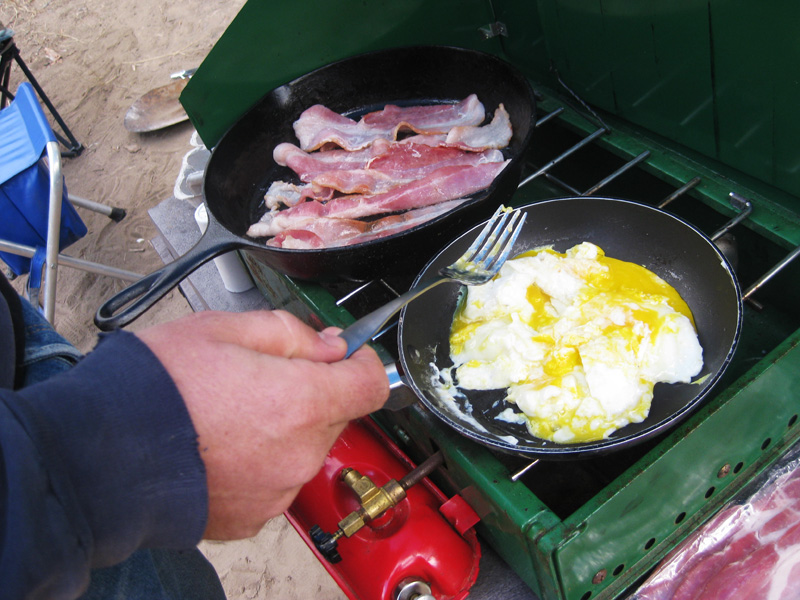 From our campsite we could see a black spot on the hill above, and we supposed it was a cave. We supposed that after breakfast we would go check it out. It was a cave, and Kelly supposed that she would take this picture. Down there, between the road and the river by the trees is where we camped. 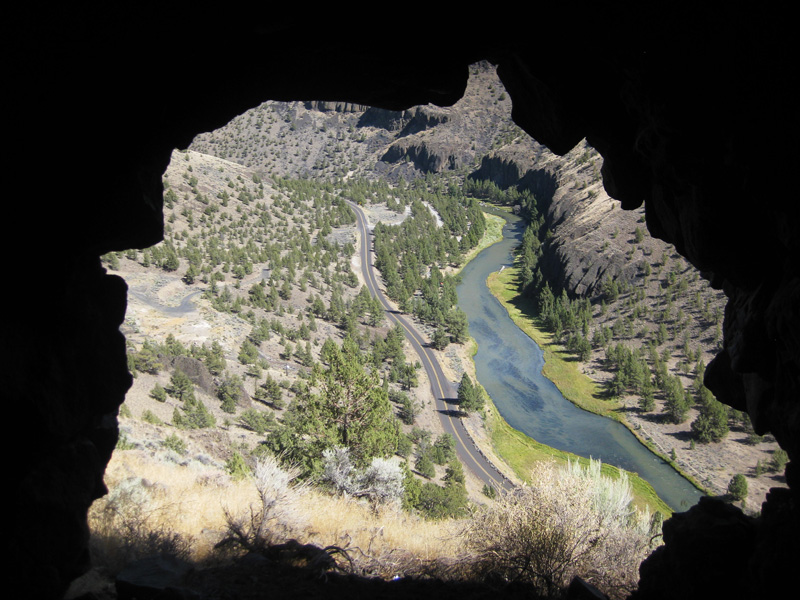 We were up on the rim of the canyon, level with the plateau on the other side. The Real Earth, as we called it. Unfortunately, this photo was done using trick photography. 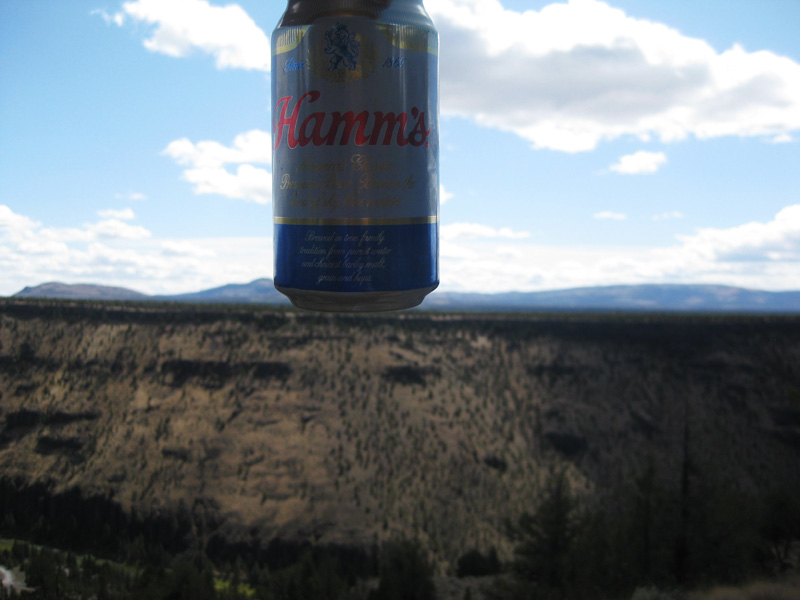 Frosty can lift 2.5 times his own weight in beer! 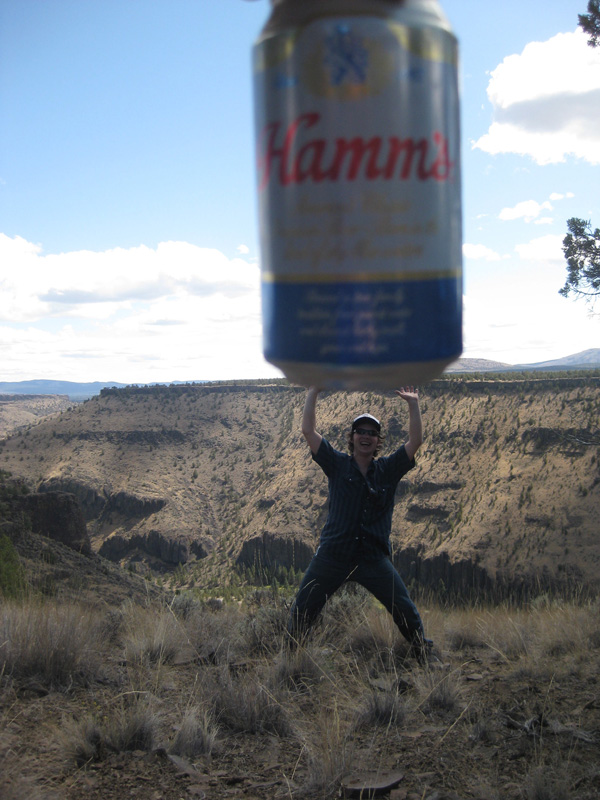 And then we shot holes in the giant can from the above pictures. 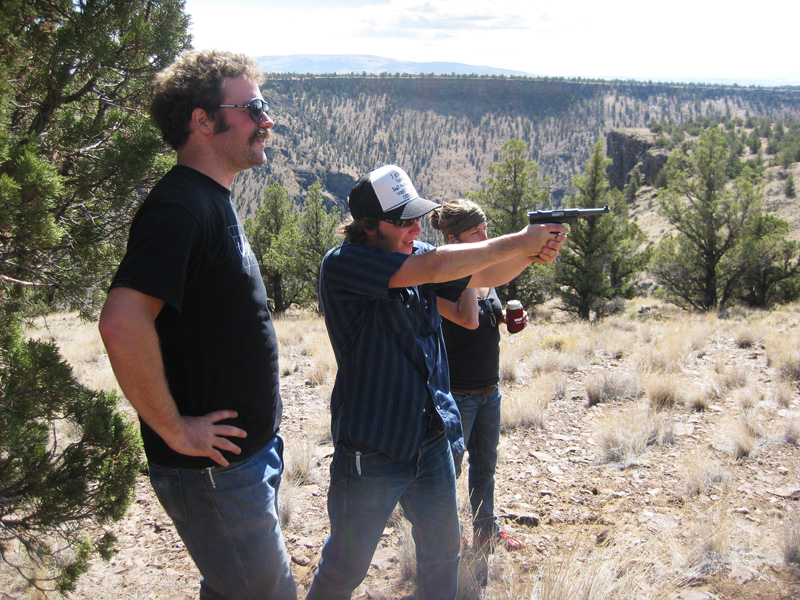 Here is a picture of preliminary testing of the wii-controlled marshmallow roaster. It came together a lot quicker than I thought it was going to. 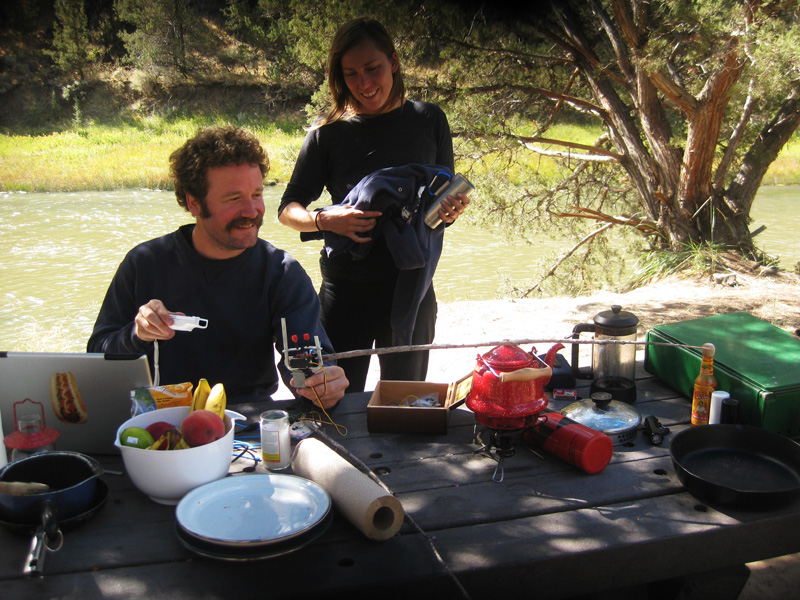 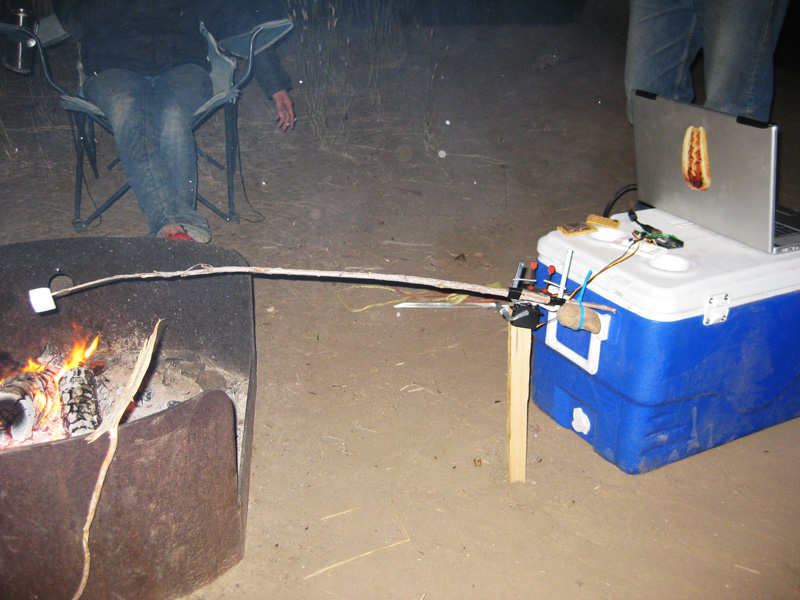 Sarah gives it a go. Looks like that one is almost done!!! 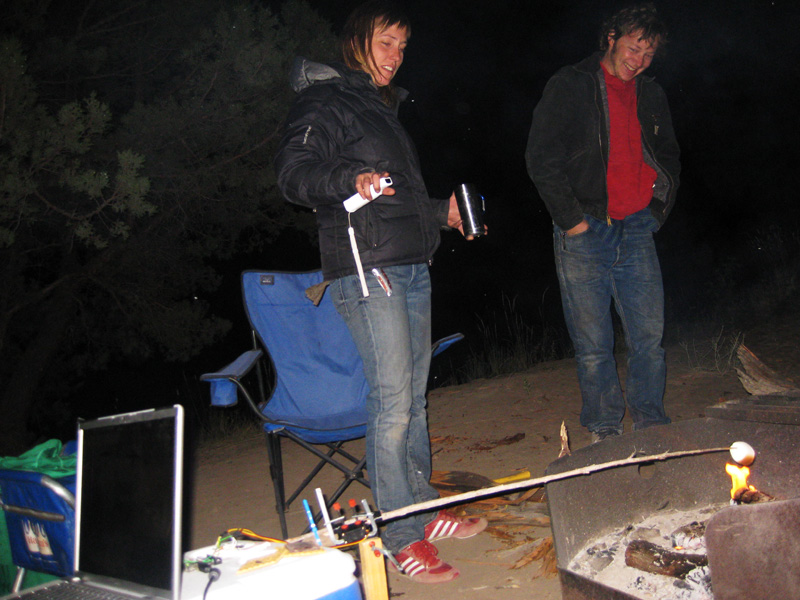 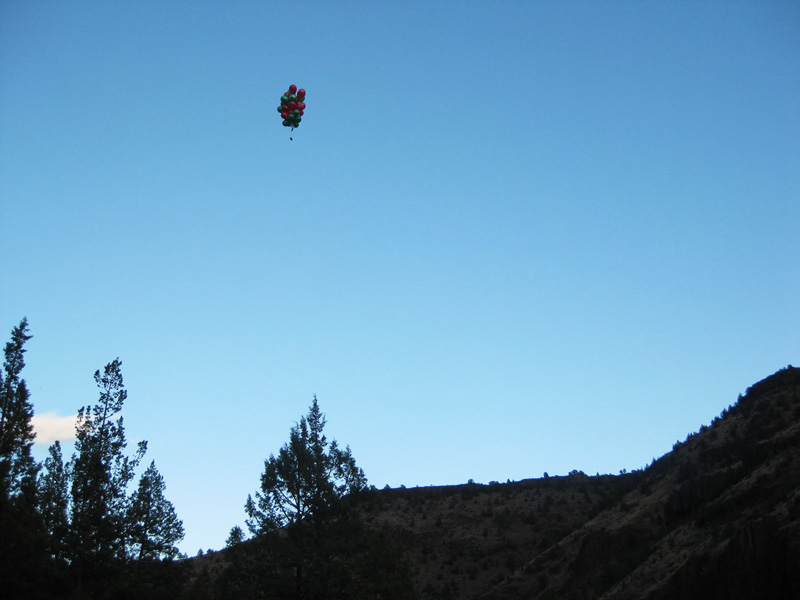 The hot dog of summer just before Frosty and I took bites of it so it would be light enough and then released it. 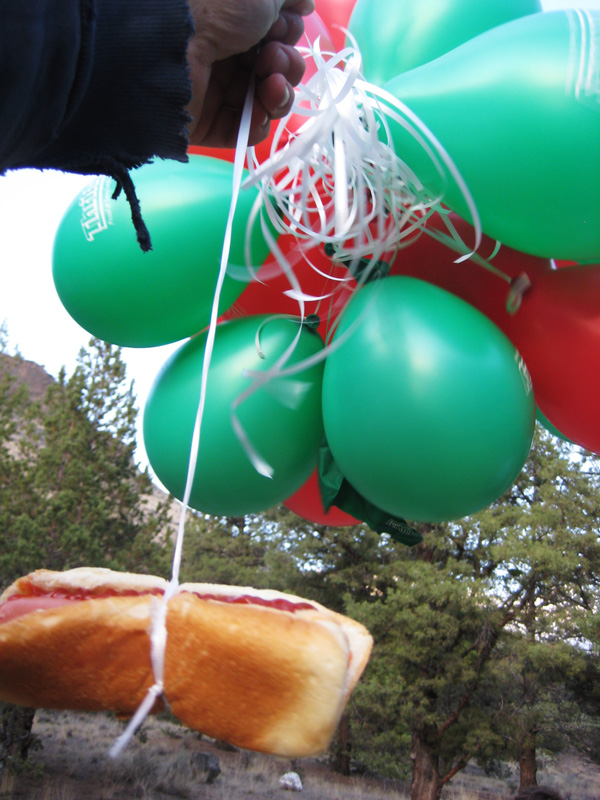 Incidentally, if you have the choice between Thriftway helium balloons and Fred Meyer ones, I would go with the Fred Meyer ones every time. The are more expensive but they are also bigger, more robust and come in more colors. But the Thriftway ones did ok.


Do you see it? There it goes. Summer. 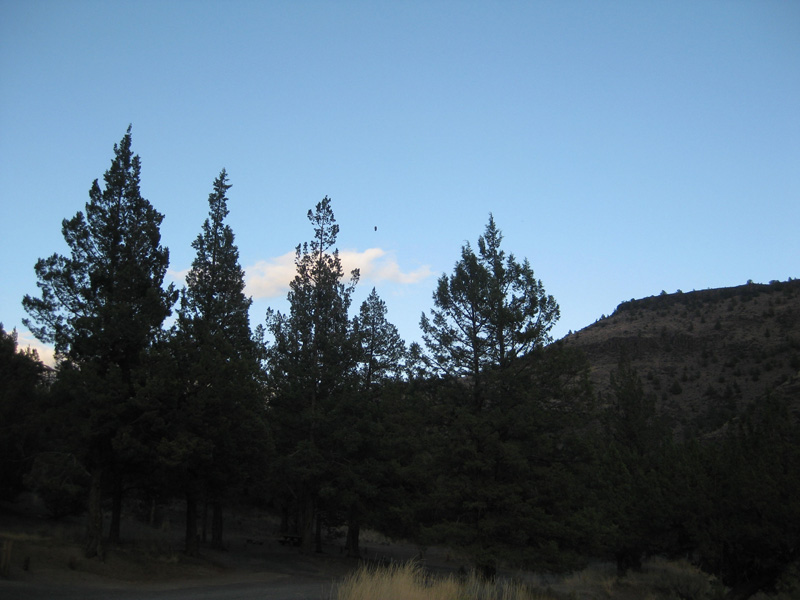 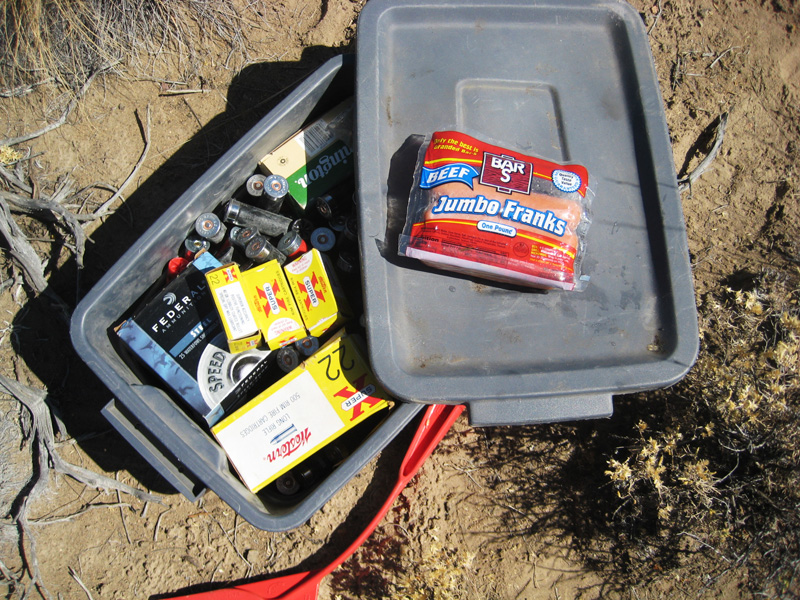 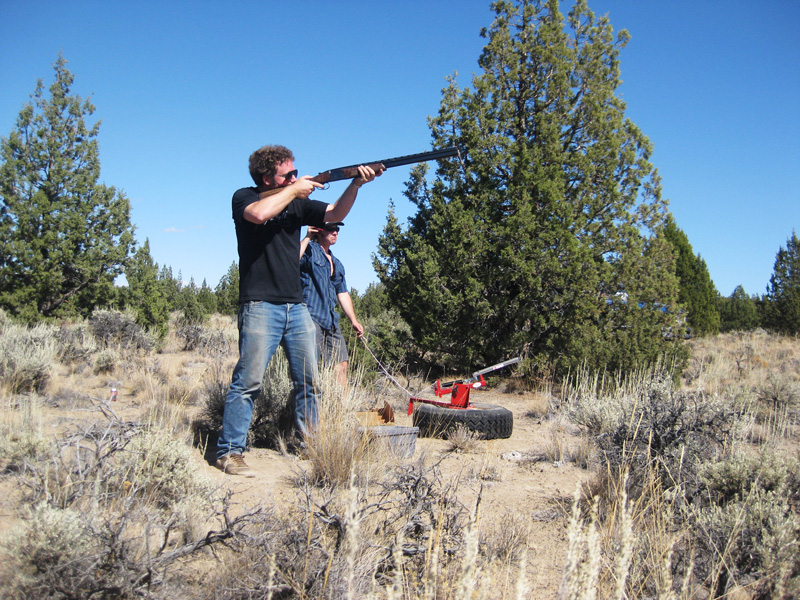 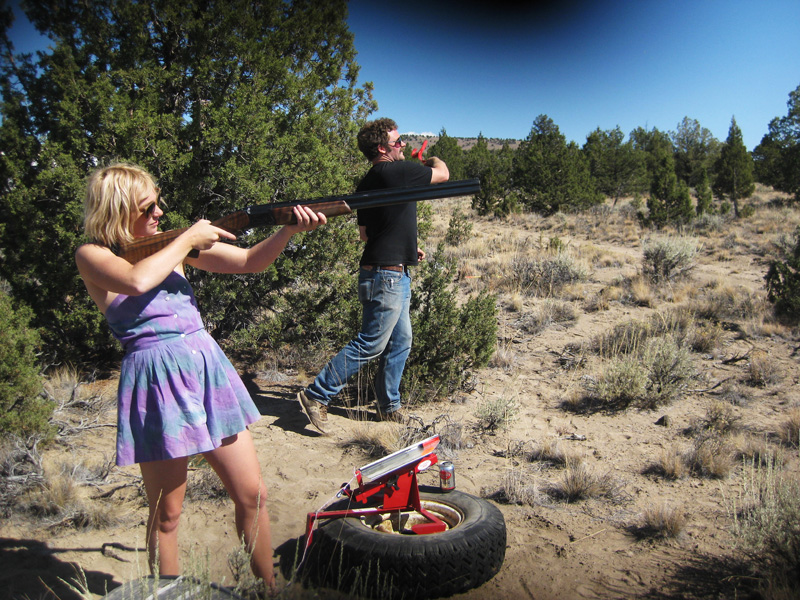 Once we had all warmed up on the shotgun a little it was time to bring out the hot dog gun, to try out the experiment Frosty and I thought up a long time ago at the Florida Room. Namely, using a hot dog shot from the hot dog gun as skeet for the shot gun. 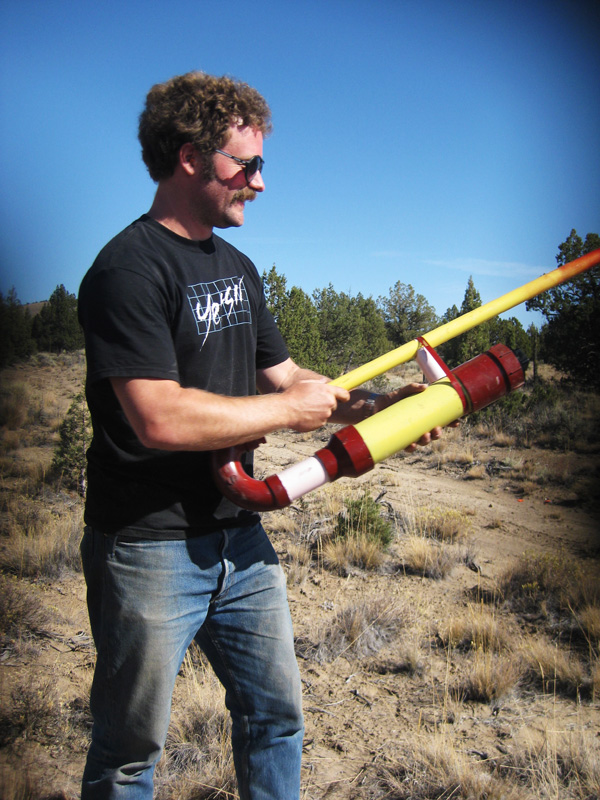 The hot dog gun, as usual, was not very reliable. Sometimes it wants to shoot, sometimes it doesn’t.

And then we did a tired drive home via Bend and when we got back it had stopped raining in Portland and we were just in time for Krystin and Eric’s martini party.

Be safe with guns!